I don’t know why controllers with extra buttons and features cost so damned much.

Clearly, neither do the folks at PowerA, who have created the Fusion controller for Xbox One that includes swappable sticks, quick-trigger locks, and two extra mappable buttons on the back all at a budget price of $10 less than a standard wireless Xbox One controller.

This isn’t the shitty MadCatz GameCube controller you gave to the friend you secretly hated, and while it is a damned good piece of hardware, it comes with a few minor drawbacks. 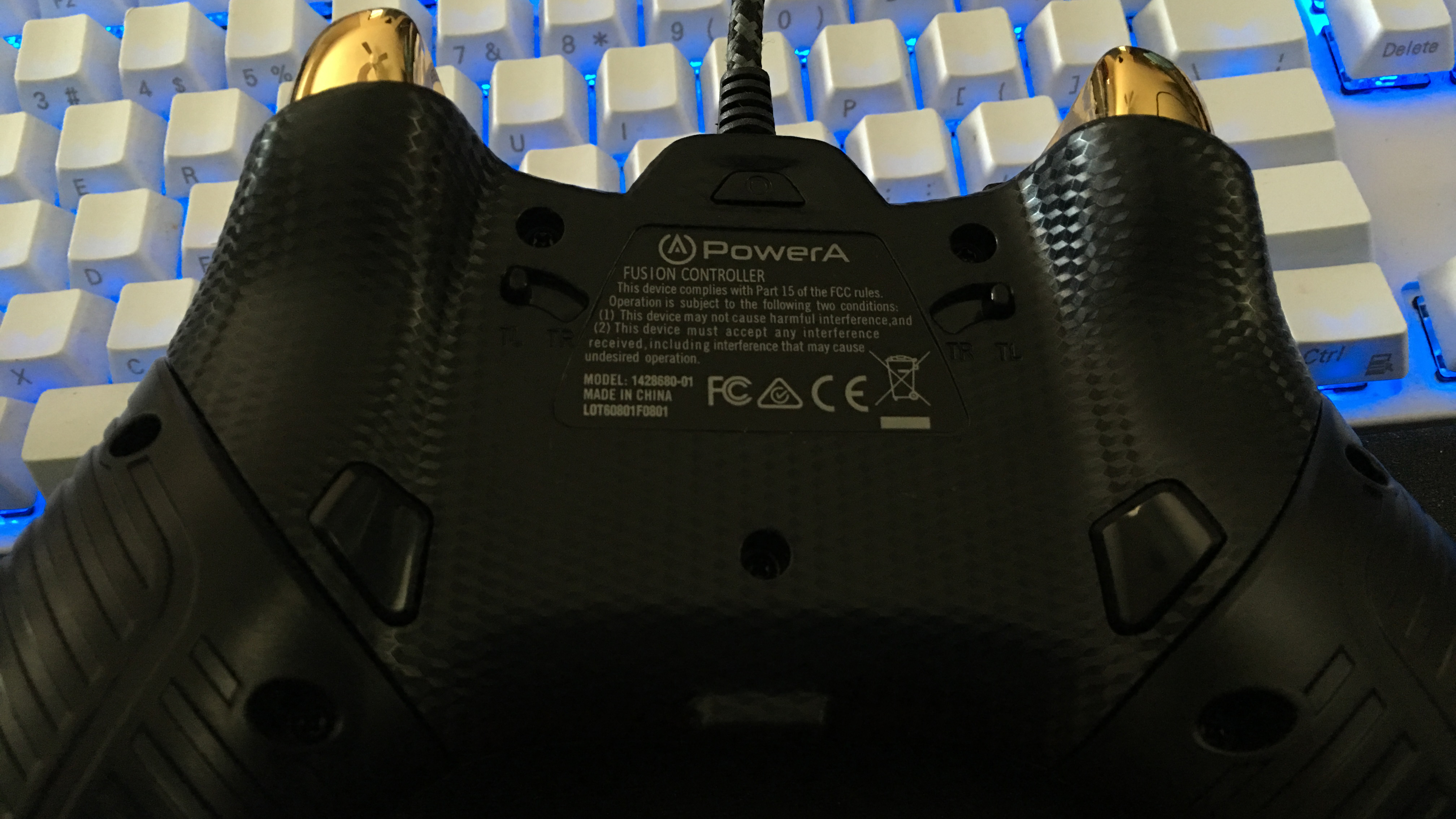 First off if you’re looking for a wireless controller with these features, I’m afraid this isn’t the one for you, that said the Fusion comes with a nearly 10 foot long braided cable that fancy in comparison to boring old smooth rubbery cables you’d find on most controllers. This also means the controller simply works on PC, as it was recognized without any installation necessary.

The controller includes three different types of analog sticks that can be swapped out as needed, opting to snap into space instead of using magnets like the $150. While the lack of magnets meant I couldn’t easily pop the sticks on and off over and over during boring cut scenes or loading screens like I’m used to, I lived. Taking the sticks off is easy, but popping them on required a decent amount of force before they loudly snap into space.

As for the actual sticks offered they range from something similar to official Xbox One controllers, the smooth mounds you’d find on the PlayStation 3’s DualShock, both which mimic the ones included with the Elite. However, the biggest difference is the third set of sticks, which look and feel very similar to the official ones, only the top is about double the circumference providing a bit more room for my larger than average thumbs. Out of the three, the wide sticks were easily my favorite, but the ridge around the edge of the sticks feels kind of sharp in comparison to a standard Xbox One controller. This sharp edge is also on the more familiar designed sticks that are included. You’d think it wouldn’t bother me after gaming since pretty much my birth, but somehow my hands are baby soft (ask anyone that has felt them, like your dad) and the ridges just feel uncomfortable. If someone sold these wider sticks for the Elite, I’d buy them in a heartbeat (hit me up if that is you!), pending they smoothed out that edge. 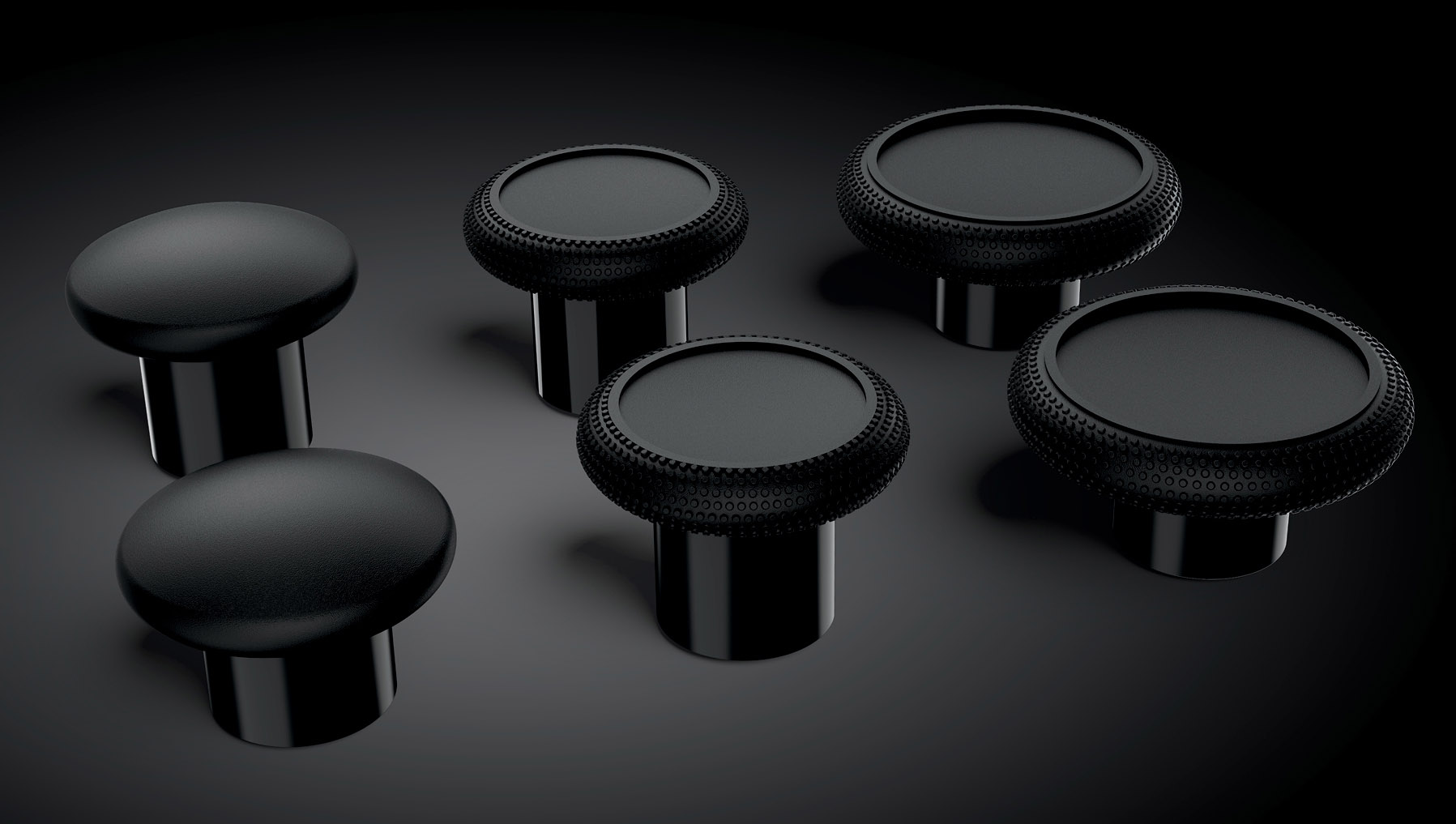 The quick-trigger locks were easy enough to use and functioned as you’d expect. On the back of the controller are separate switches for each trigger that makes it so you only have to press them about half the distance as normal, which is great for games that have you constantly mashing the triggers or requiring fast reflexes. While the controller includes rumble motors and impulse triggers, I can say for sure they aren’t as powerful as the vanilla Xbox One controllers, as I swapped the Fusion in while playing ReCore on PC which has impressive impulse feedback when firing a gun. Not the biggest loss but worth noting.

I actually prefer these pro buttons over the paddles of the Elite, however, there are two issues I’d like to point out. One issue (also shared by the Elite) is that when holding the controller in a position with my thumb on the right stick, my hand naturally juts out a bit, as otherwise my thumb is bent at an uncomfortable angle, because of that it makes it harder to press the right pro button while comfortably holding the controller. The other issue is that the pro buttons are plastically and click loudly, perhaps louder than any button on any controller I’ve ever used. I suppose it depends on your situation if this is an issue for you, but I personally hate hearing buttons being pressed and since I make videos and stream games loud button presses can sometimes be picked up by the mic, so loud buttons are not ideal for me (I type on my loud as fuck keyboard). 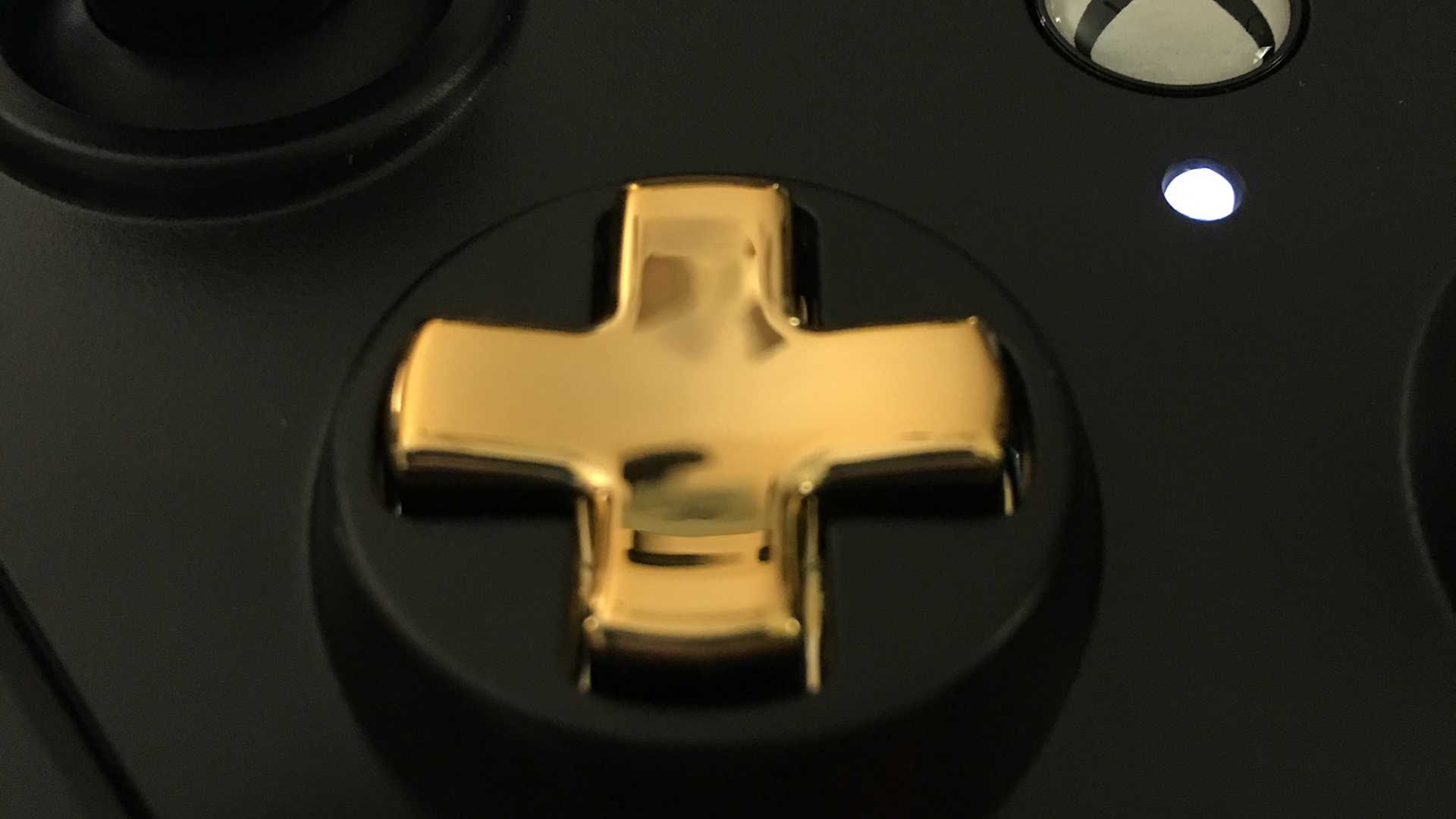 The overall look of the controller is a weird mixture of cheap and fancy. The back of the controller has a nice micro carbon finish, while the front is matte black. The D-pad and triggers are shiny and gold, which is honestly sexy but I love golllllllllllllllllllllld. The grips are hard plastic with striped grooves running through it, easily the cheapest feeling part of the controller. Plus the controller is very light (surely due to the lack of battery), which somehow has always given me the impression that something is cheap, even though there shouldn’t be any correlation there.

Is the Fusion a great controller and worthy budget competitor to the $150 Elite? Yes, if you only want two extra buttons, and don’t mind playing wired. I love the buttons and the wider sticks, but the few minor annoyances I mentioned will keep this from being my go-to controller. I can honestly say it is better than a vanilla Xbox One controller, and a great option for those that can’t afford the Elite.

[This assessment is based on a retail build of the hardware provided by the manufacturer.]

PowerA Fusion Controller for Xbox One reviewed by Jed Whitaker

COG Connected: Xbox One Controller for Pros on the Cheap

The MOGA Mobile Gaming Clip was voted Best Xbox Gaming Accessory of 2019 by @WindowsCentral! Grab yours from the 🔗 today.

Gaming is better together! We love partnering up to catch 'em all with our Enhanced Wireless Controllers for Nintendo Switch – Ultra and Poké Ball. Did you know that "Poké Ball" is different in certain languages? If it is different in yours, comment below!
.
.
.
.
.
#powera #gaming #videogames #gamer #pokemon #PokeBall #PlayYourWay #Nintendo #NintendoSwitch #catchemall ...

Looking forward to a long weekend? Don't forget to protect your Switch on your way to Mordor (or your stepmother's house) with our #NintendoSwitch Everywhere Messenger Bag - Zelda: Breath of the Wild.
.
.
.
.
.
#powera #gaming #videogames #gamer #lotr #switch #nintendo #mordor #Zelda #link ...

Ignore the pleas of those around you to "turn down that racket" and play comfortably with our PowerA FUSION Wired Gaming Headsets.
.
.
. . .
#powera #gaming #videogames #gamer #headset #audio #PlayYourWay ...

Sometimes we have to go back to the basics to refine our strategy. Don't forget to shield your Nintendo Switch as well as you shield the world from darkness or Peach from Bowser.
.
.
.
.
.
#powera #gaming #videogames #gamer #nintendo #PlayYourWay #mario #bowser #peach ...

New Year's resolutions are important, they drive us to improve ourselves. This year we resolve to "get good" and use the FUSION Pro Wired Controller for #XboxOne to dominate our foes! How will you level up your gaming this year? . . . . . #powera #gaming #videogames #gamer #nintendo #LevelUpGaming #PlayYourWay #LevelUp ...